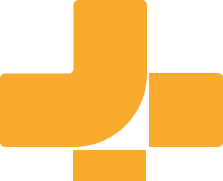 Steve Hatfield received his Bachelor of Science from the University of Arkansas. Steve is a member partner of ESPhA, overseeing national sales operations. Steve has almost 30 years of experience in the pharmaceutical industry. He started in pharmaceutical sales in 1986 as a Territory Accounts Manager for an independent pharmacy. In 1998, Steve became the President/COO of the Tennessee Pharmacy Coalition (TPC). Steve was in charge of all purchasing contracts for 586 independent pharmacies in 22 states.

Steve also started a PSAO and negotiated third party contracts for the independent pharmacies. It was during this time that Steve and Dr. Richard Logan began working closely together. In 2006, Steve moved into the role of President of the National Independent Pharmacy Coalition. Most recently in 2017, Steve brought his knowledge and experience, as well as MedHere Today’s consulting services, together to launch the industry’s only next generation GPO, the Enhanced Service Pharmacy Alliance.